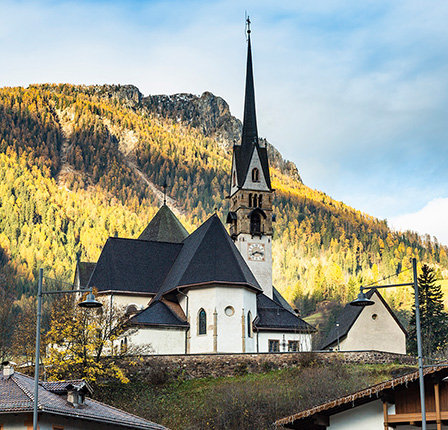 Moena: the fairy of the Dolomites, among magical landscapes and a fairytale village

In the valley formed by the Val di Fiemme in the South and the Val di Fassa in the North, right in the heart of the Dolomites, stands Moena, the charming Trentino town that hosts the Luxury Wellness Moena apartment.

This charming town is crossed by the river Avisio and its tributaries, which take their name from the homonymous steps from which they are born: the San Pellegrino stream and the Costalunga stream.

Moena is also nicknamed "fairy of the Dolomites", since at dawn and at sunset the Pale Mountains, which surround the village in a hug, are tinged with pink, creating a magical and evocative atmosphere, almost fairytale.

It is not just the mountains that give Moena a fairytale look: walking through the streets of the old town you can visit the ancient craft shops, famous for working with wood with the techniques of the past, or the House of Dazio or Casa Ramon, historic buildings in the past destined for tax collection. Also worth seeing are two ancient churches: the church of San Virgilio , consecrated in the 12th century, which houses precious Art Nouveau frescoes, and the church of San Volfango , traditionally referred to as the oldest temple in Moena, decorated with 14th century frescoes.

Moving a few kilometers, in the hamlet of Someda, you can admire the homonymous strong, ancient Austro-Hungarian fortification built at an altitude of 1320 meters, which together with the Dossaccio fort, formed a defensive line in the San Pellegrino valley.

Thanks to its strategic position, which allows easy access to both the Val di Fiemme and the Val di Fassa, Moena has become a very popular tourist destination for Italians and foreigners who want to explore - both in summer and in winter - the magic territory of the Dolomites. 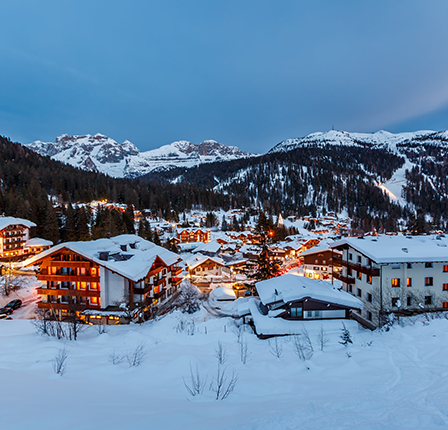 For nature lovers, the Val di Fiemme is the ideal place to stay: in fact, it hosts two marvelous natural parks, the Monte Corno park and the Paneveggio nature park, where you can spend pleasant days outdoors and make excursions . Also worth seeing is Lake Carezza and Bellamonte , fraction of Predazzo, one of the most evocative places from which to admire the beauty of the Pale di San Martino and the vastness of the prairies that characterize the mountain landscape of Trentino.

In Val di Fassa , set between the Torri del Vajolet, the Sella Group and the Marmolada, you can visit the characteristic and picturesque villages of Pozza di Fassa and Canazei . 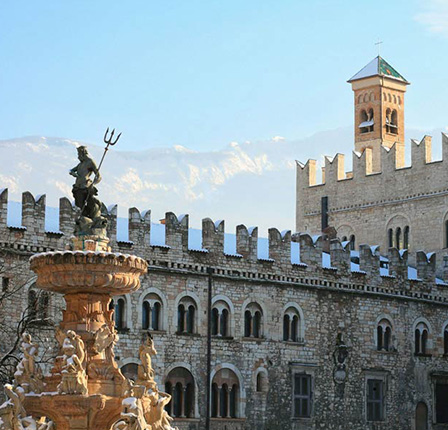 Art lovers can make a stop in Trento , the city that hosts the MUSE , the famous museum of science and natural history designed by Renzo Piano, or in Rovereto , where the MART is located, one of the largest exhibition spaces dedicated to art of the twentieth century and the Casa d'Arte Futurista Depero . In Val di Sella, in the town of Borgo Valsugana , it will be possible to admire the contemporary art festival Arte Sella , completely immersed in nature. 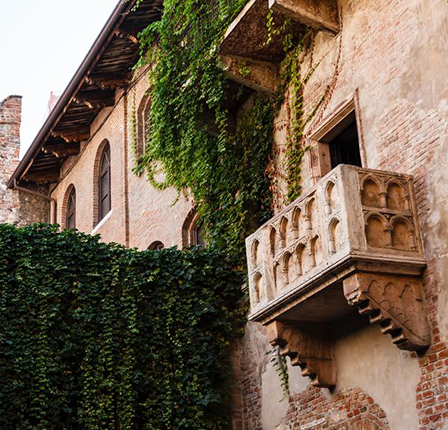 Medieval city crossed by the Adige, famous stage of the unfortunate love of Romeo and Juliet, Verona is a stop not to be missed when spending holidays in the valleys of Trentino. The lovers can exchange a kiss under the balcony of Romeo and Juliet, and music lovers can visit the Arena, the famous Roman amphitheater that with its perfect acoustics hosts the most famous operas, theatrical performances and concerts by artists coming from all over the world at any time of the year. 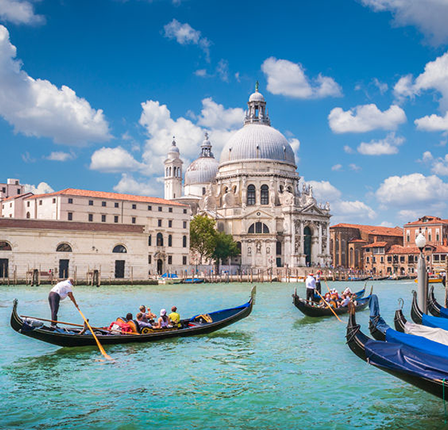 If Moena owes its fairytale atmosphere to the mountains, Venice owes its striking appearance to the water. Veneto's capital, it is one of the most beautiful cities in the world, recognized as UNESCO heritage. In addition to its ancient and glorious past and for its uniqueness, the Serenissima is also famous for luxury shopping: all the most glamorous haute couture houses are located around Piazza San Marco. 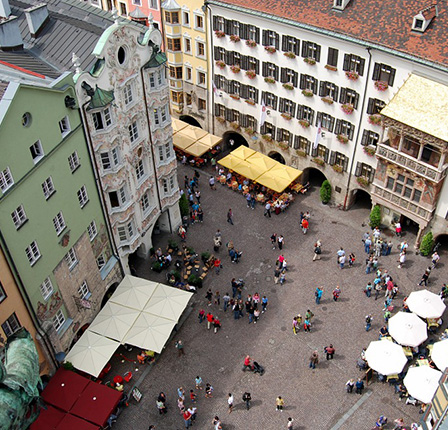 An Austrian village not far from Moena, Innsbruck is ideal for a day trip. It rises in the Alps and is known for its imperial and suggestive architecture, for its characteristic Christmas markets and for modern and equipped ski facilities.

YOUR DREAM HOLIDAY IS WAITING FOR YOU!

Send us your request specifying the date of arrival, departure and number of guests.

Before making any reservation, it is recommended to check the global pandemic situation (COVID-19) with reference to the geographical area of origin and that of destination. Highlighting that any travel prohibitions or restrictions imposed by national or health regulations cannot be attributed to the property.